My Ornamental Pear is Dropping Leaves. Why? 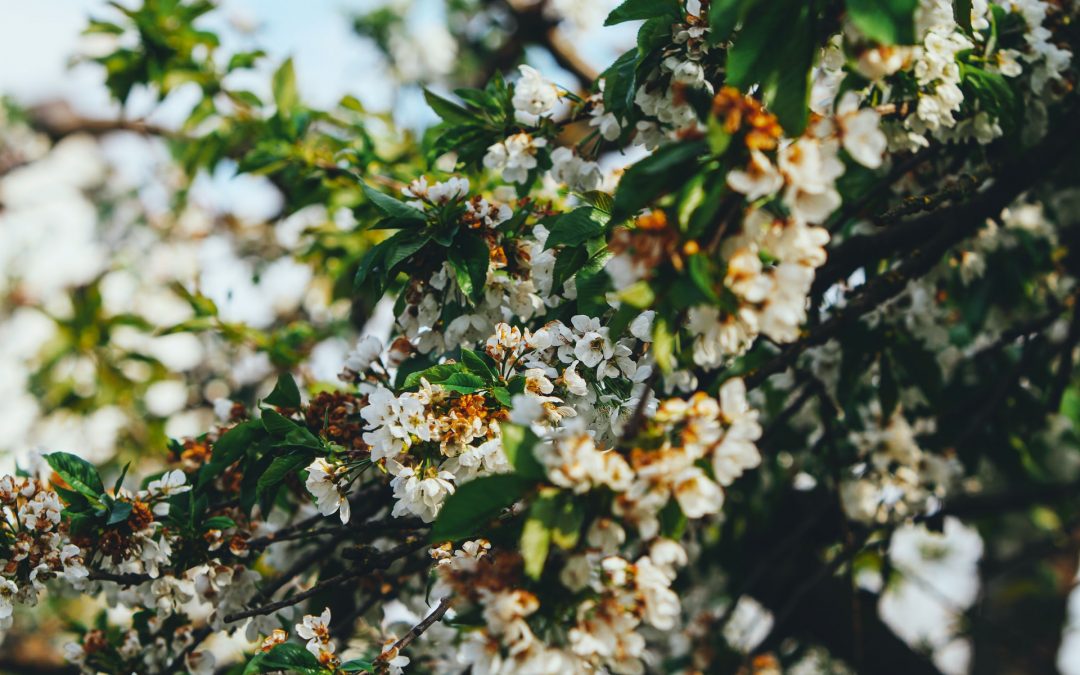 Nothing says spring has arrived better than the abundant white flowers of an ornamental pear. The white blooms are followed by the production of attractive, glossy green leaves until those leaves start to develop spots and fall off the tree. Then they become very unattractive and frankly a nuisance! More on this later.

What Constitutes an “Ornamental” Pear?
Ornamental pears differ from their “fruiting” relatives by the fact they were developed specifically to be fruitless, or at least not for eating. Most varieties produce tiny fruit and there are several ornamental varieties. A common deciduous variety is the Pyrus calleryana (which has the well-known cultivars of ‘Aristocrat’ and ‘Bradford’ pears), and Pyrus kawakamii, also known as the Evergreen pear.

But When it Rains…
Evergreen pears are highly susceptible to a foliar fungus known as Leaf Spot. Caused by the Entomosporium fungus, leaf spots on evergreen pear trees are usually not fatal. The minuscule, reddish-brown spots may have a yellow halo and appear most often on older leaves. As the disease progresses, the spots grow larger and develop dark, fruiting bodies in the center. On evergreen trees, the fungus can remain in the tree year-round where it is spread by water, either by overhead irrigation or long periods of rainfall. The good news is that the fungus cannot survive in hot, dry weather. During the dry time, the fungus dies out, the tree drops the infected leaves and produces new ones. Generally, the leaf spot problem is “cured” until next spring or as long as it doesn’t rain again.

My Tree is Dropping Leaves All the Time!
When there is a particularly wet spring, the fungus can remain for weeks. Throughout periods of hot, dry weather in between periods of rain, the tree enters a cycle of getting infected, dropping leaves, and producing new ones only to be repeated when it rains again. When that occurs, it may feel like fall instead of spring!

Can’t I Spray it With Something?
Yes, you can spray a copper fungicide for Leaf Spot but it is not a one-and-done treatment. Most labels recommend spraying once a week (especially if you live on the east coast where it rains during the summer). Plan carefully around the weather as a good rainstorm can wash away the fungicide. Fortunately, living in California there is another option: wait until summer. Usually, by the Fourth of July, we are into our typical California hot, dry summer weather pattern and the fungus dies out.

Is There Anything Else I Can Do?
Rake up and dispose of fallen leaves from around the tree to lessen the spread of the disease. Prune lower branches to improve air circulation and to allow the leaves to dry more quickly after rainfall.

How Do I Know if it’s Leaf Spot and Not Something Else?
Unfortunately, Leaf Spot isn’t the only foliar disease to infect pear trees. Evergreen pears are susceptible to fire blight (the reason the family name for these trees is ‘pyrus’ which is Latin for fire), Blossom Blight, and sooty mold. If you are not sure Leaf Spot is what’s causing your Evergreen pear to drop leaves in spring, make an appointment with one of our Certified Arborists to evaluate your pear tree.